You have to fill in a packing list for your product to enter the market it is being delivered to.

There are many reasons why this is important. 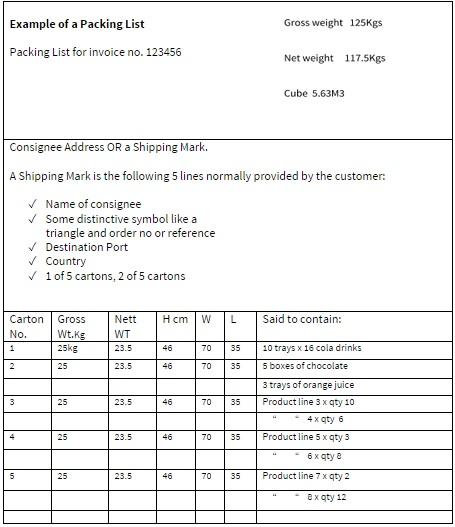